When we last wrote we were in New Hampshire enjoying the weather, the beautiful scenery, and the wonderful people. We heard that South Louisiana was experiencing some flooding so we called to check on our families and all was well for the time being.

But the rain kept coming … soon we got a text that my 87 year old Dad and my older sister that lives with him in Denham Springs were rescued by boat and were in a church shelter. Next, we heard that the shelter flooded and they were evacuated to another church acting as a shelter. Then the AT&T cell service went out. We also found out that my nephew’s in-laws had flooded and were going to stay with my uncle. Then we found out that my sister and her husband were coming back from Florida to deal with their rental property which had sustained horrible damage in the flood.

And the rain kept coming … Don’s family who live in other nearby towns flooded. His nephew and his family in Port Vincent flooded and were displaced. His niece and her family in the Lake Martin area were also flooded and displaced. His sister and brother-in-law in Gonzales were in danger of flooding and left for higher ground but fortunately did not flood.

We began searching the news but could only find brief information about one of the worst floods in Louisiana history so we went on Facebook. The comments from people were desperate. People sharing their addresses, begging someone, anyone, to come and save them or a family member from houses that were under water or going under. We also saw pictures of the elderly and disabled who were missing.

But there was hope, strangers with their own personal boats (calling themselves the “Cajun Navy”) were getting the addresses of those who needed saving. Videos showed men and women diving into the waters to save people and animals. Everyday people who didn’t flood were spending their own money to go to the store, buy food, and cook for the people in the shelters or in the community. This catastrophe united everyone – old/young, black/white, poor/wealthy around a common goal to help each other. The losses were massive, but the gratitude of the people for each other was strong. The community was truly blessed.

We got in the RV and began to drive like “mad men” but at the same time trying to get information about the flooding. We found out that it was estimated that more than 30,000 Louisiana residents were rescued from floodwaters and over 40,000 homes were lost. The losses are overwhelming but the sense of community was strong. 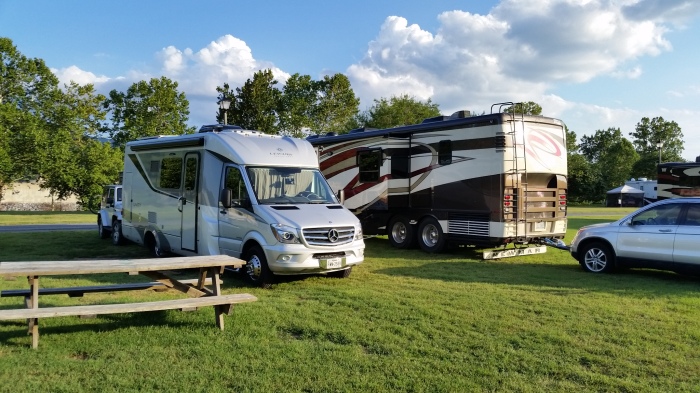 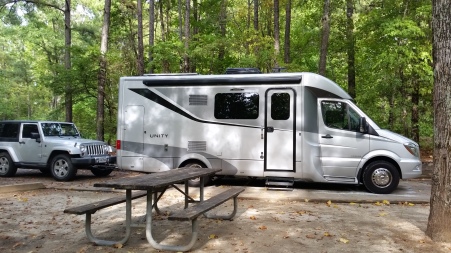 The trail from our site to the lake @ R. Shaffer Heard Park