Our home while we were here was Three Islands Crossing State Park.  We had a large site, big trees and we were high on a hill overlooking the Snake River

The day use area and one of our new favorite things to do, frisbee golf, are along the banks of the river. We were here late in the season and the weekdays were quiet and sparsely filled, but on the weekends every site was taken. 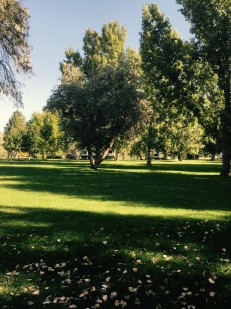 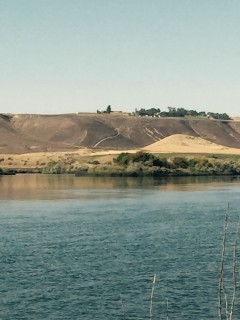 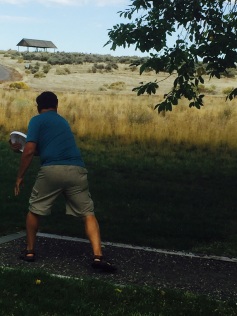 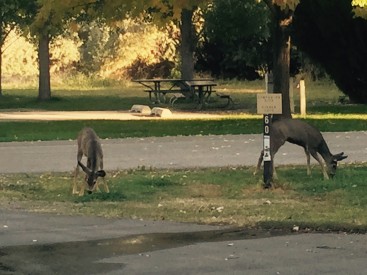 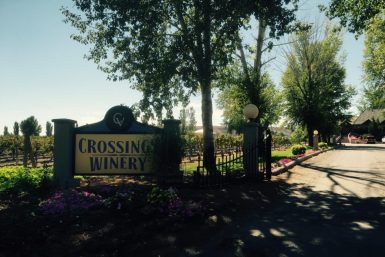 There was a beautiful winery (Crossing Winery) next door to the park and you could walk (and stagger back) to it from a trail from within the park. There were also several other trails throughout the park to explore and it was a short biking distance to town.

This park had one of the best Interpretive Centers that we have seen and we learned a little more about the Oregon Trail.

The Bruneau Dunes were formed 11,000 years ago, after the Bonneville flood.  These dunes are the tallest single dune structure in North America.   The dunes are maintained by opposing winds that keep the dunes in place.

This is a great place to climb the dunes, ride cardboard down, or ski down.  We walked up/down the dunes and the sand was very hot.  The scenery throughout the park was spectacular. 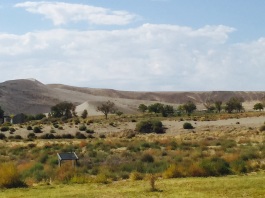 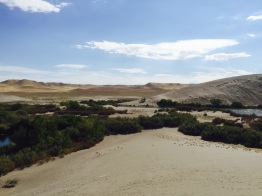 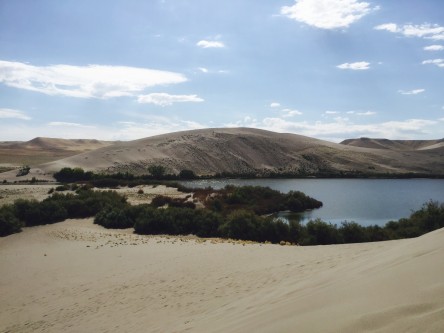 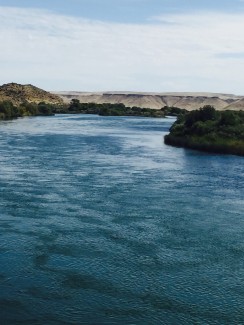 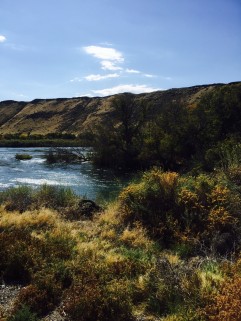 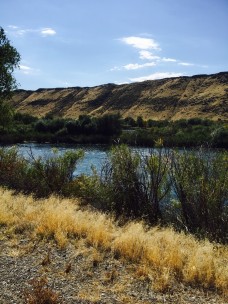